Almost four decades of internal armed conflict (1960-1996) left Guatemala with 200,000 killed in at least 669 massacres and 1.5 million people displaced. It also left 45,000 disappeared. In most cases, family members are still trying to find them.

The Forensic Anthropology Foundation of Guatemala (FAFG) works tirelessly to identify human remains found in mass graves, comparing the DNA of their relatives with the exhumed bones.

Today the foundation, with the slogan "my name is NOT XX", has a database with the DNA of 13,699 relatives, through which it has managed to identify 3,100 persons and has delivered the remains of 1,500 persons to their relatives so that they can be given a proper burial.

The survivors have a fundamental need to find a disappeared relative, to know the cause of death and to be able to bury them according to their customs. And, at last, be able to restart life where it once was put on pause. 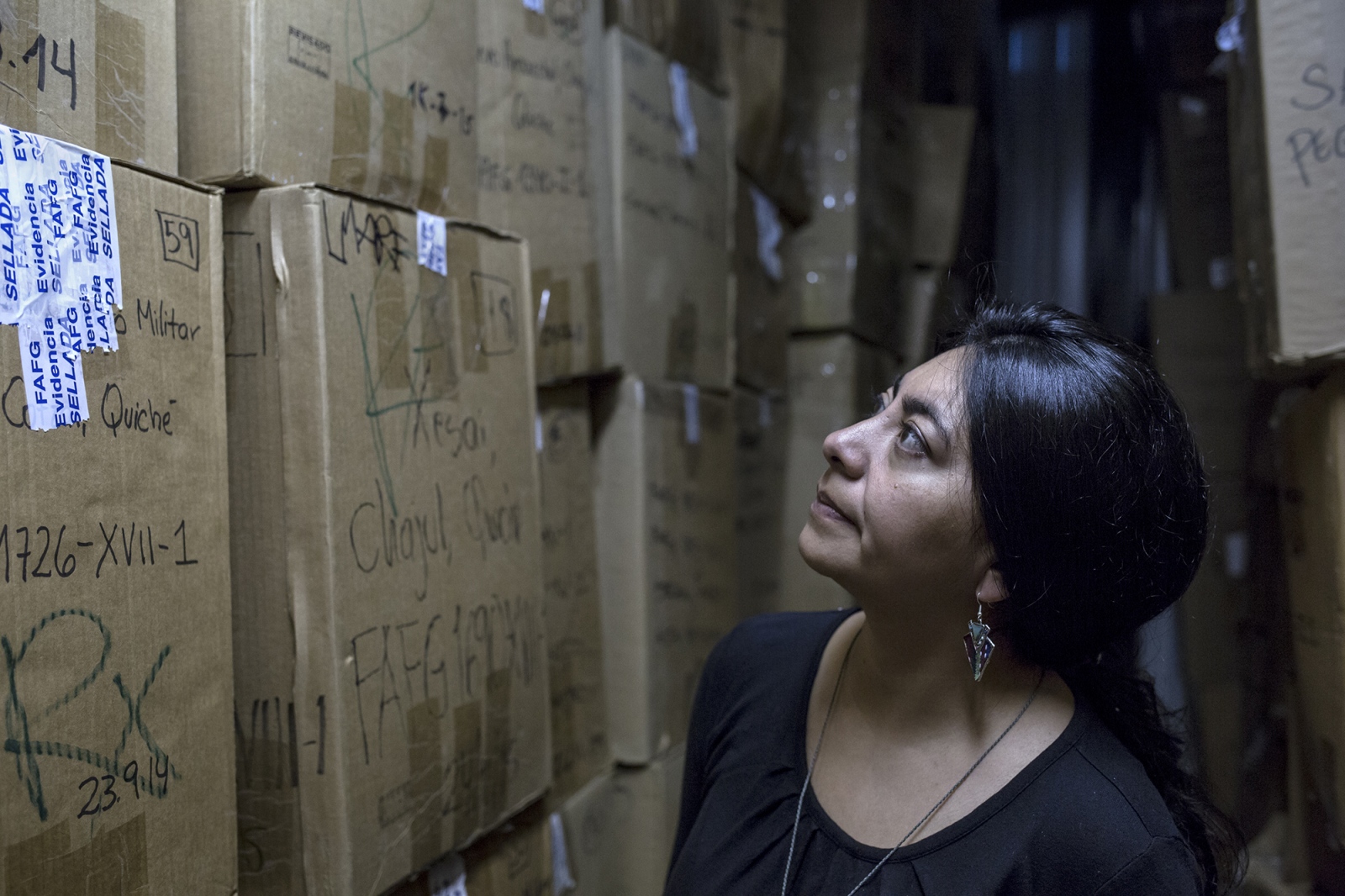 Candy VÃ©liz is a social anthropologist at the Forensic Anthropology Foundation of Guatemala (FAFG). In the warehouse of the FAFG office in the Guatemalan capital there are 2260 boxes, each with the bones of a person, waiting their turn to be identified. 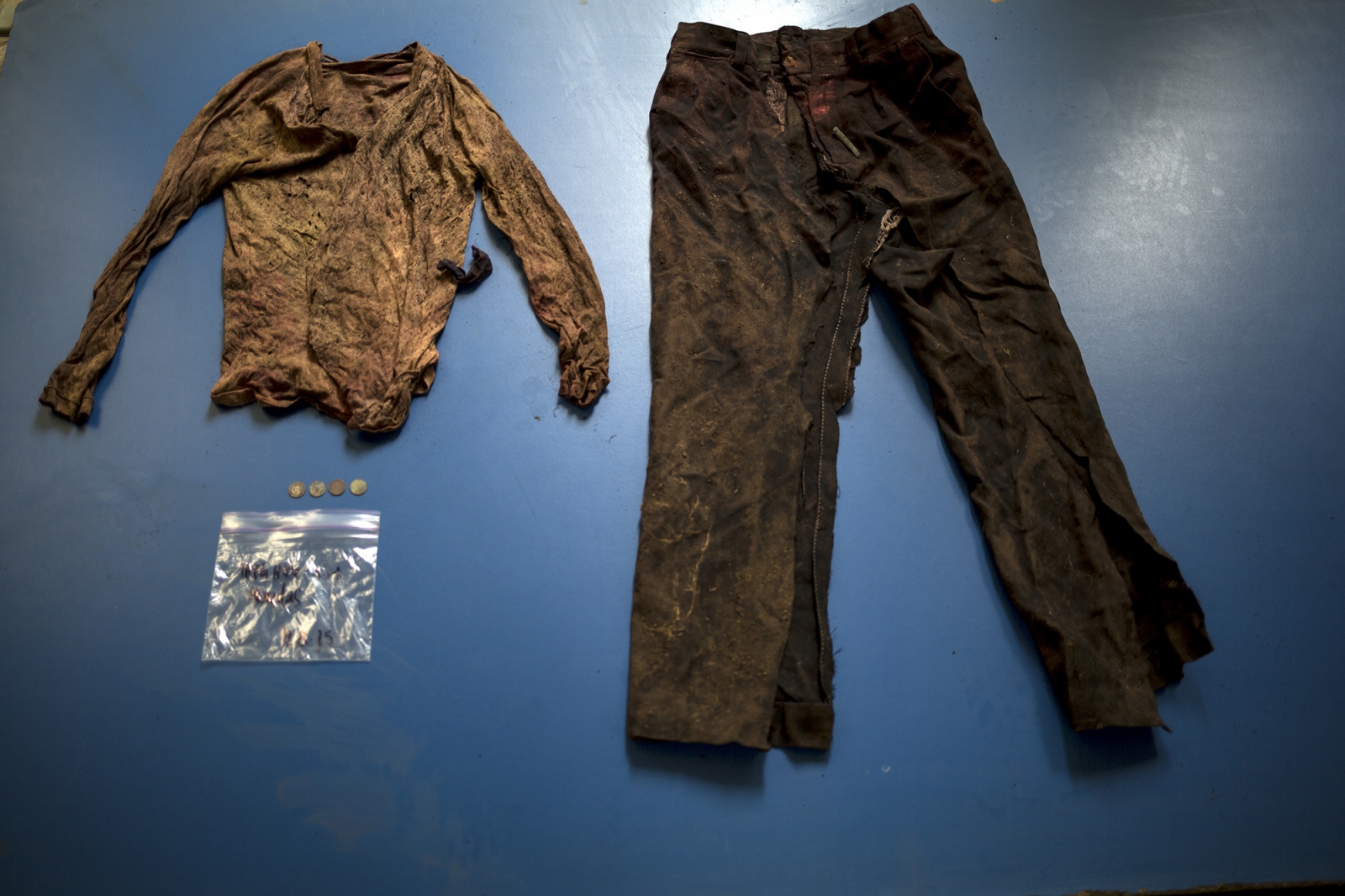 Clothing and objects found with the remains can help to understand what has happened to the person inside each box. 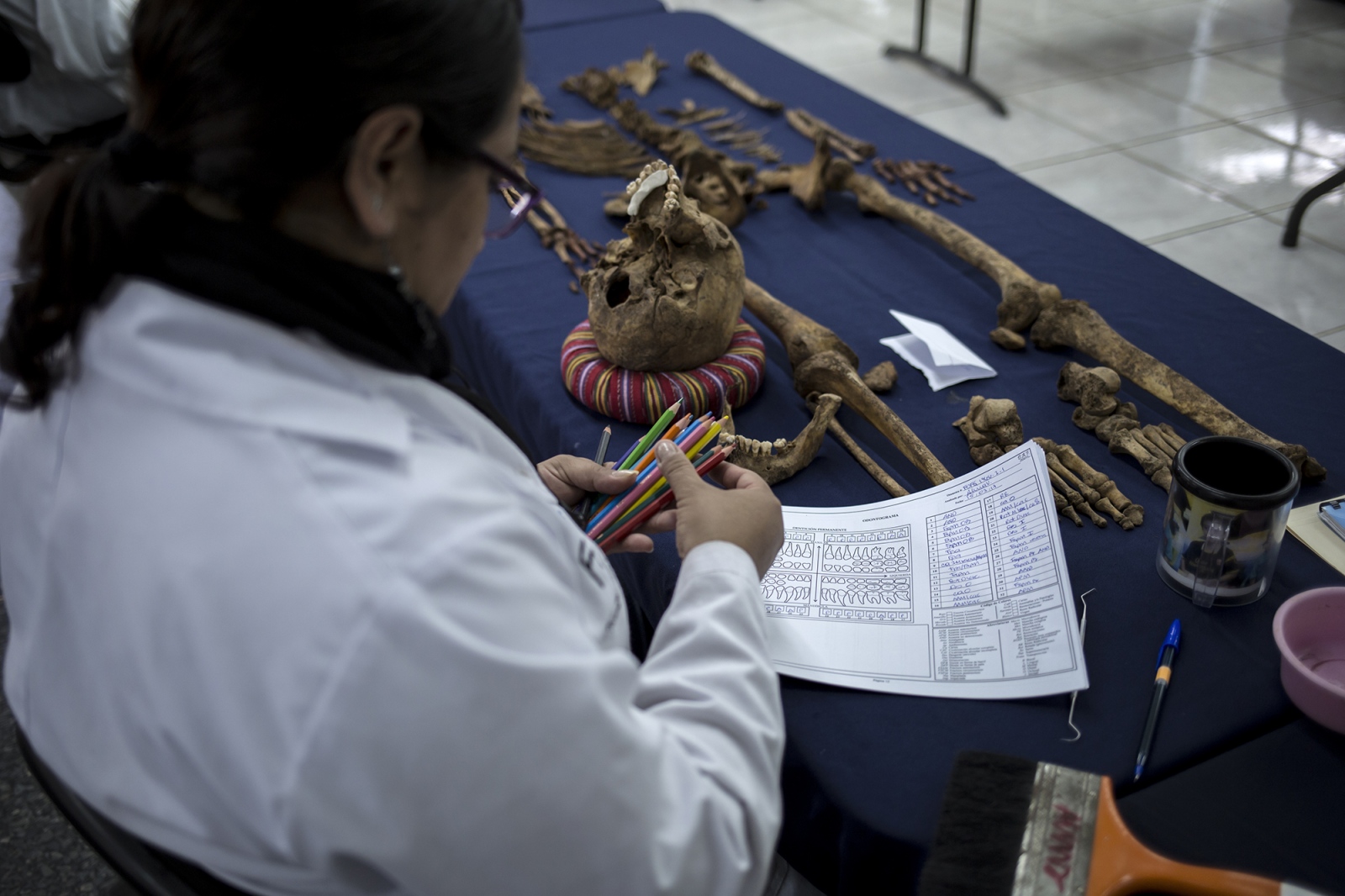 An archaeologist investigates a skeleton and fills in the forensic report. She uses different colors to mark which parts of the body have been exhumed and if they have damage or features that can help to identify the person or determine the events prior to the death of the victim. 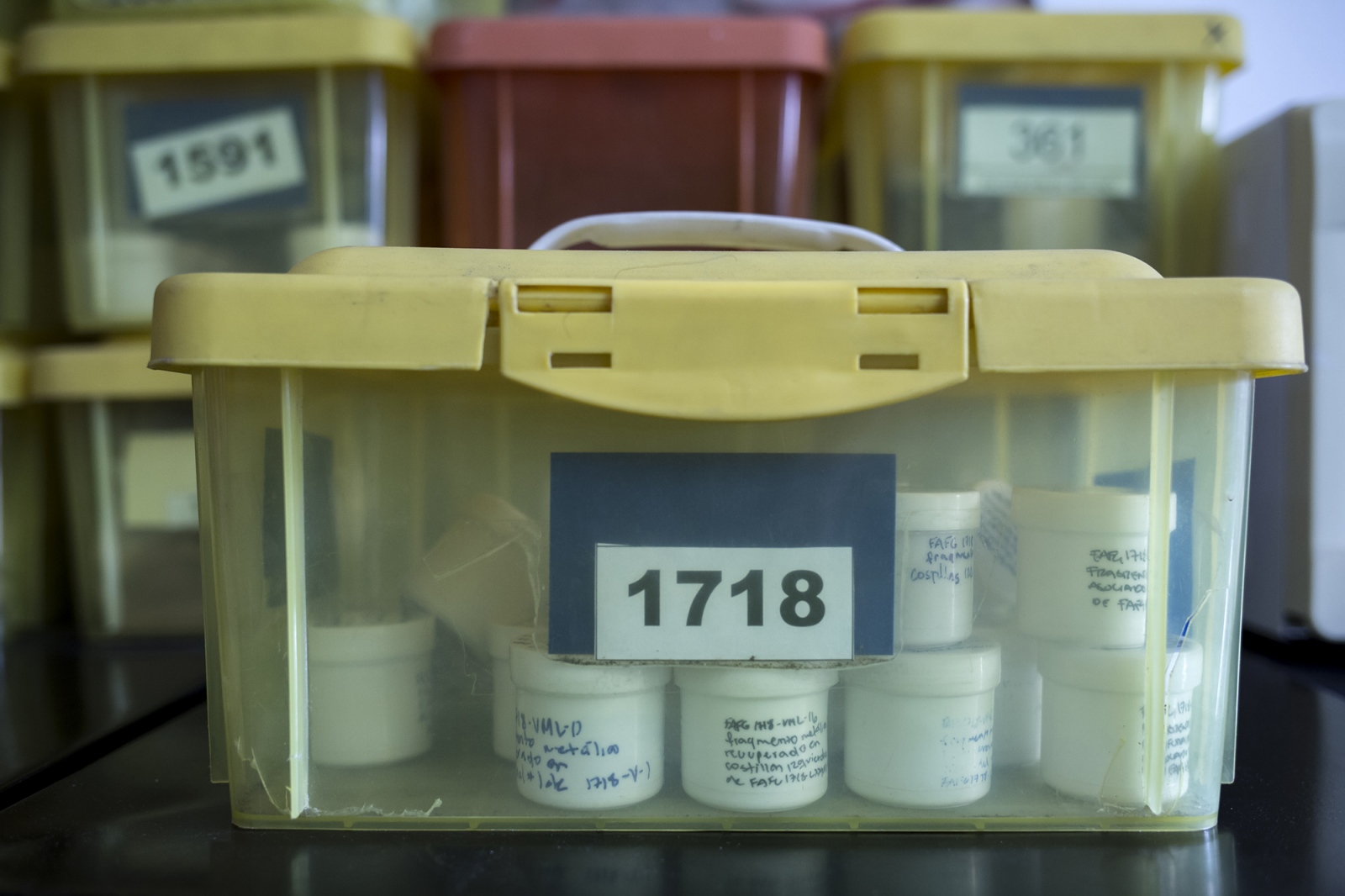 The bones pass through X-rays in search of metal remains. In case any are found, they are delivered to the Public Ministry (MP) to be used as evidence in possible trials. In the MP it is investigated if the metal is the remains of bullet, and if so, of which weapon. 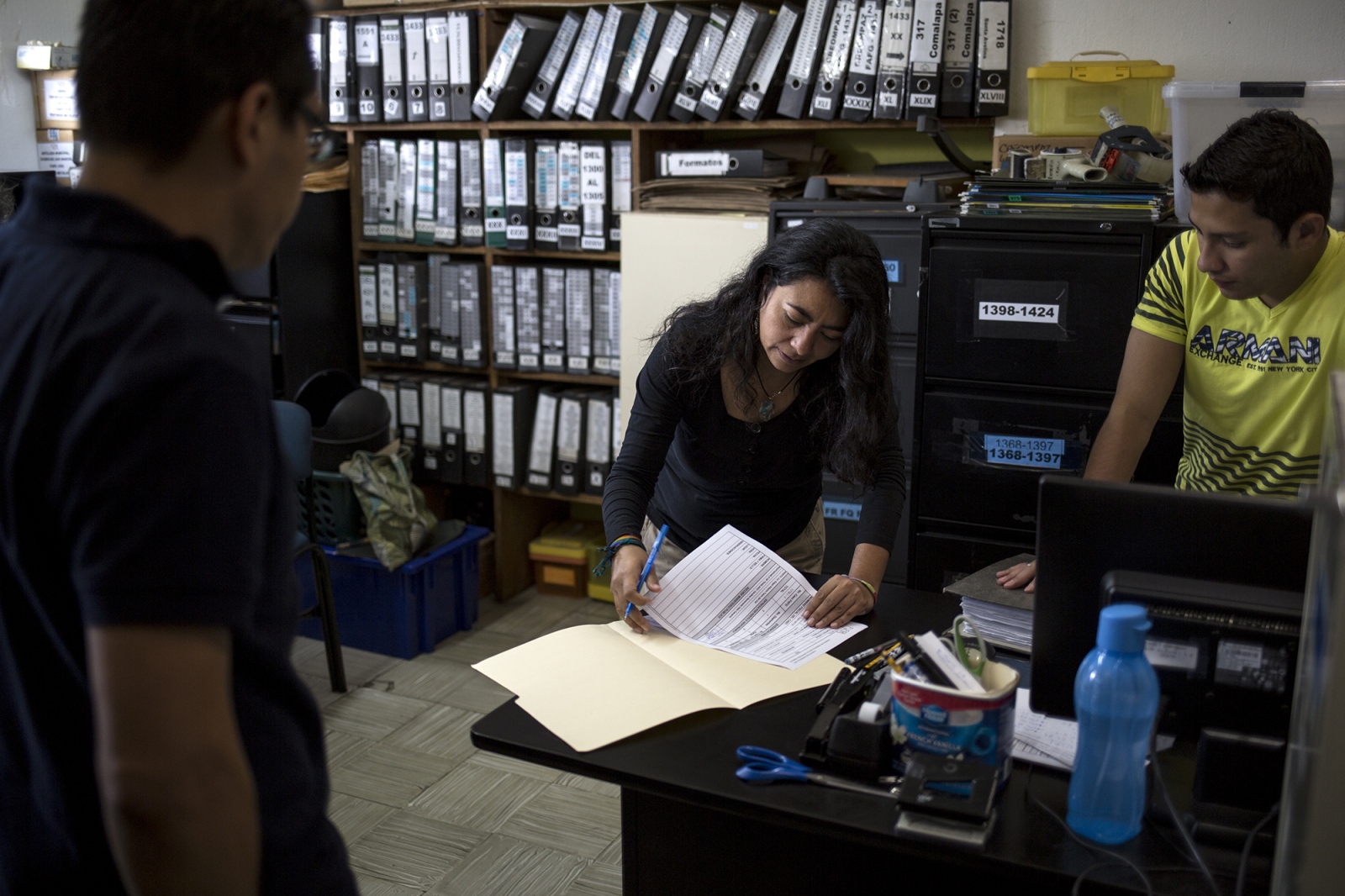 Each step of the investigation of the remains is recorded in detail. The delivery from one department to another has to be signed by the responsible persons. 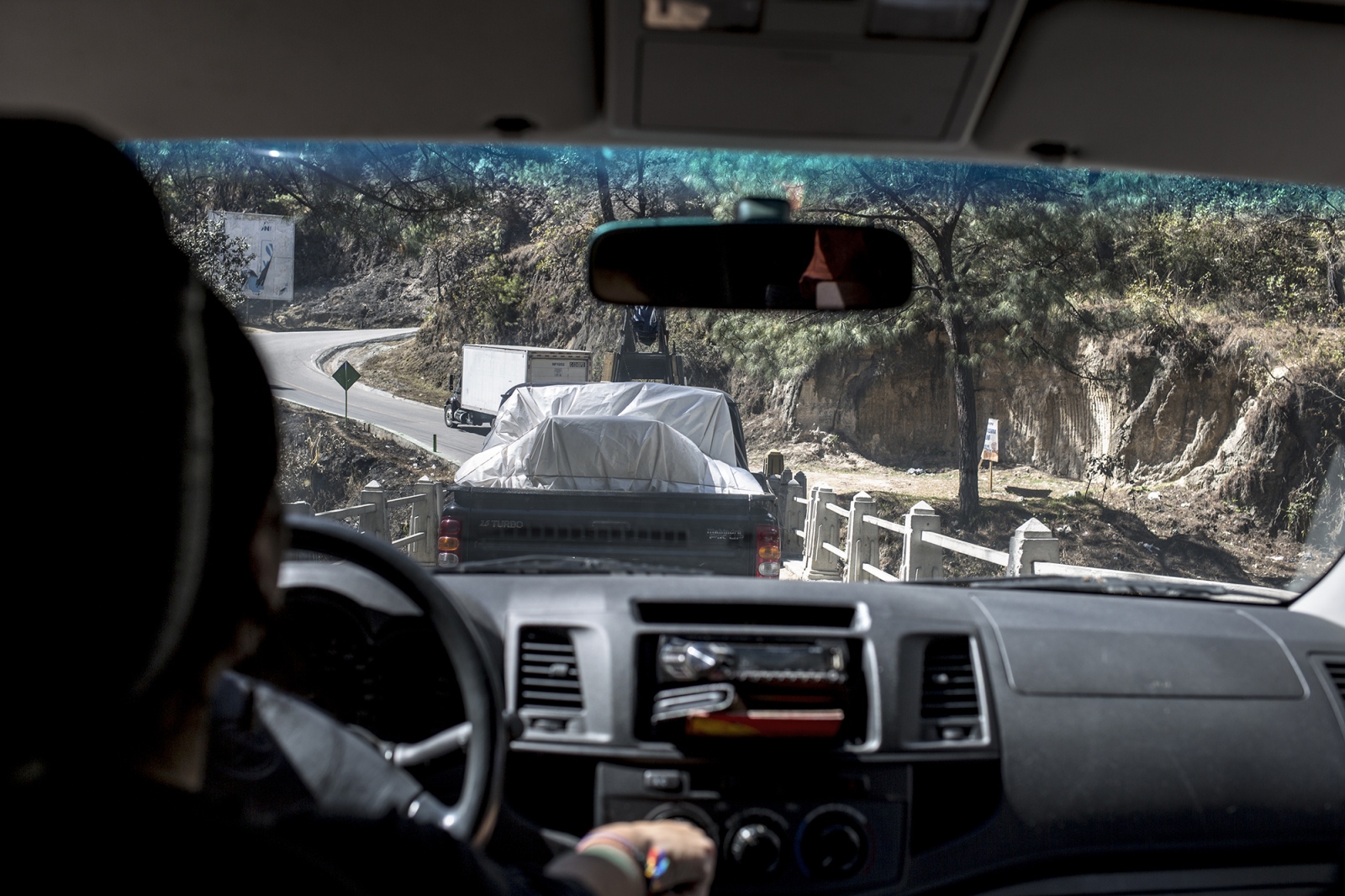 Candy drives one of two pickups loaded with the bones of 36 people who are going to be buried in AcÃºl, Santa Cruz del QuichÃ©, Guatemala. The work of FAFG staff includes many hours of travel as many villages are located in remote areas. 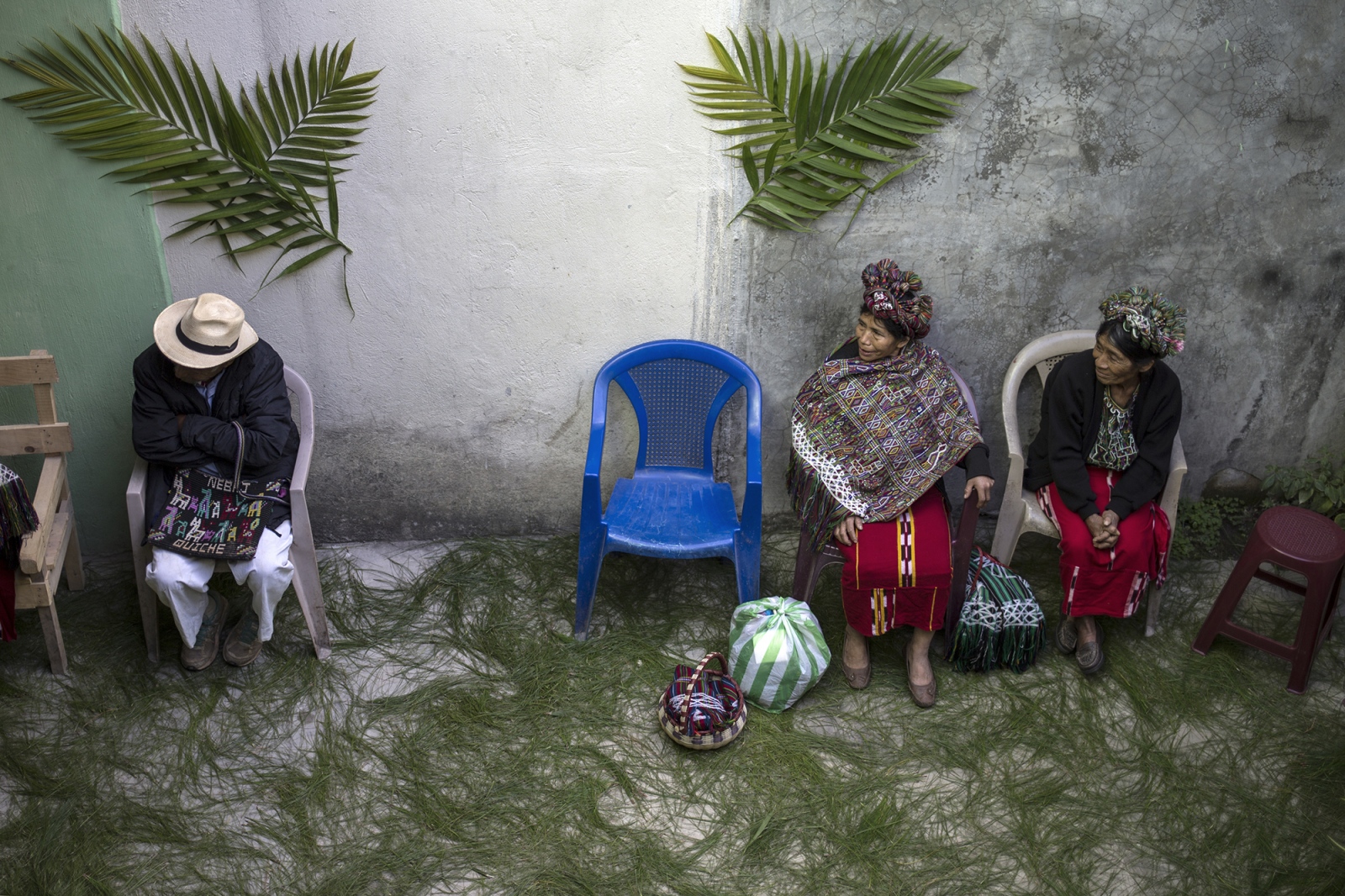 Relatives of disappeared people are waiting for the moment when they can see their missing family member after more than three decades of searching. In 2013, 36 skeletons were exhumed in a mass grave in Xe'xuxcap, near Acul, Nebaj, Santa Cruz del QuichÃ©. It wasnâ€™t until 3 February 2017 that they arrived in Nebaj for the delivery to their relatives. 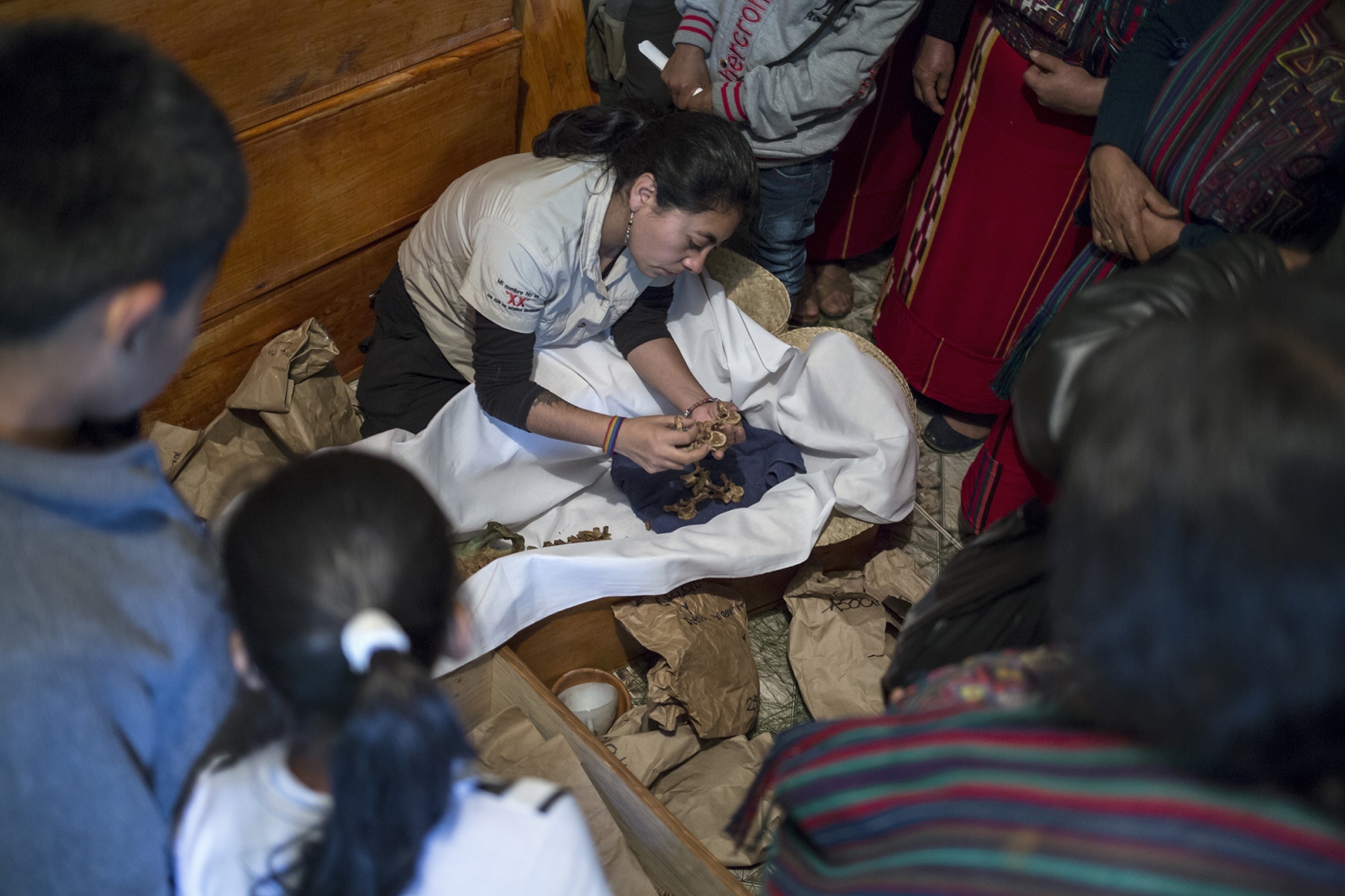 Candy places a skeleton in an anatomical order in a coffin, surrounded by the deceased's relatives. Previously the relatives have given samples of saliva to test their DNA for comparison with the DNA of the bones found. 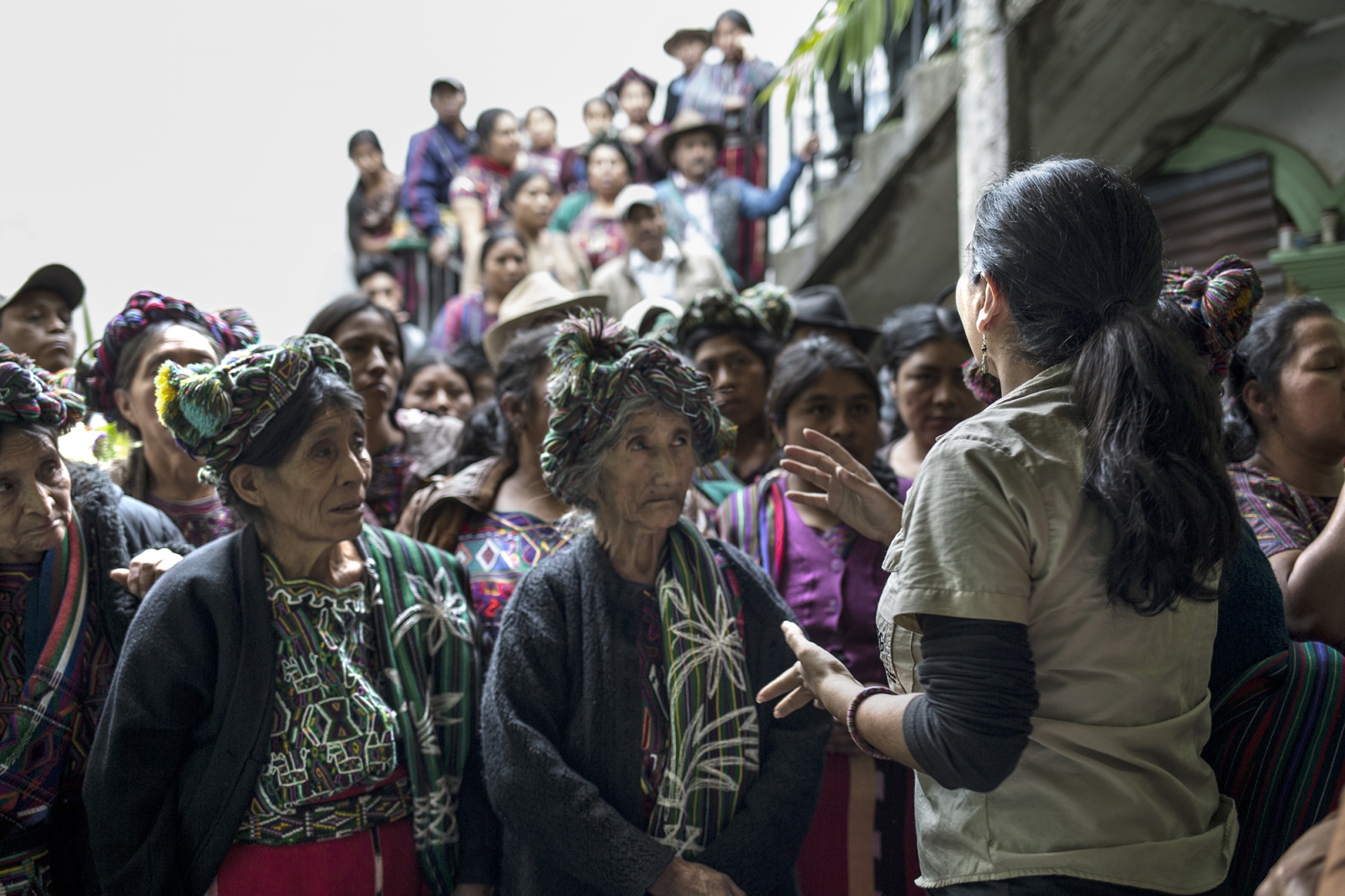 Human remains that have not been identified by DNA, have to be recognized by clothing or objects found in connection with the bones. If the family recognizes them, the profile of the disappeared person described by them is compared to the forensic report to see if the characteristics match. Candy's instructions in Spanish at the exhibition of clothing are translated simultaneously to Ixil. Nebaj, Santa Crus del QuichÃ©, Guatemala. 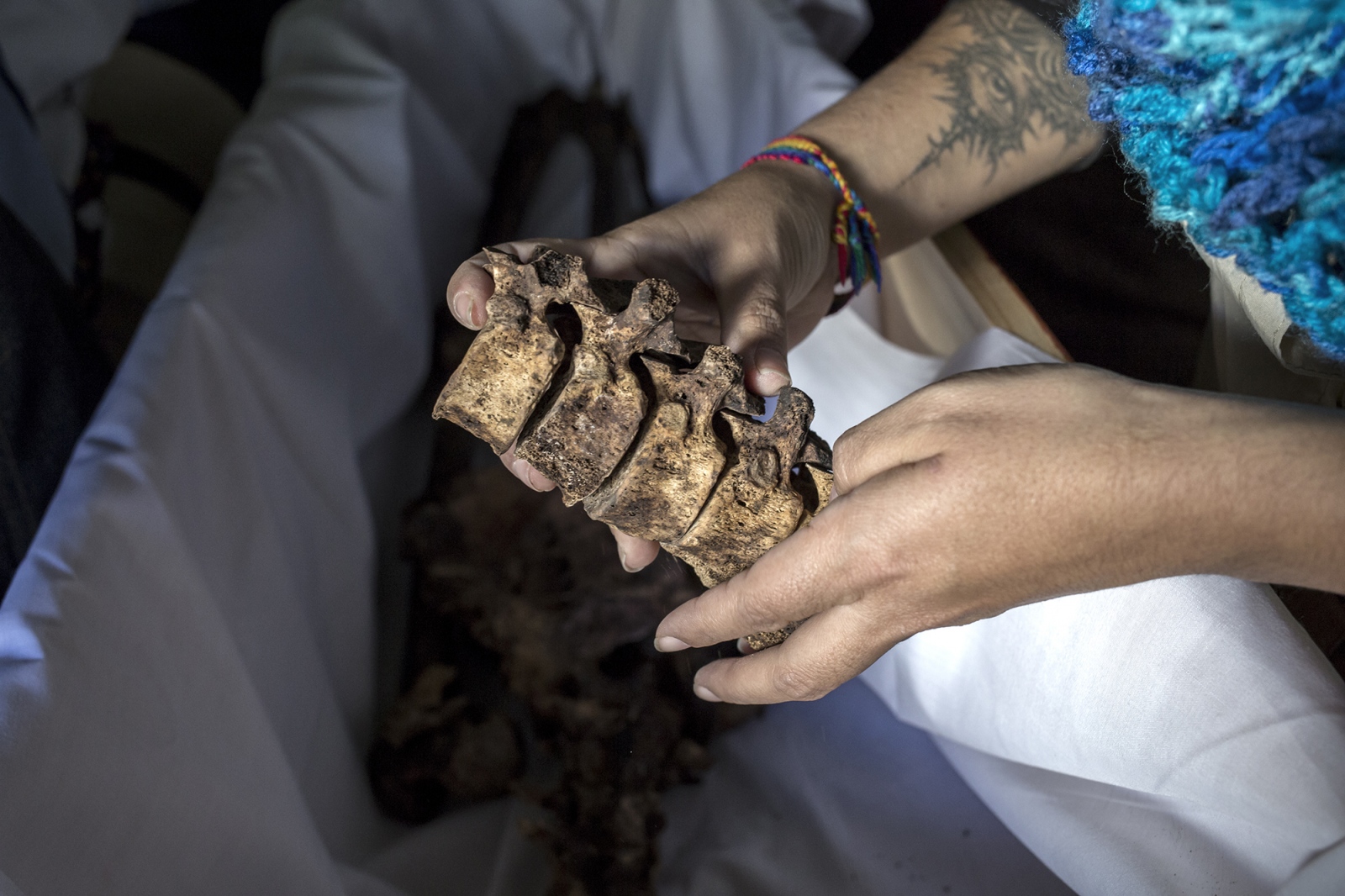 Candy places the spine of a victim in a coffin to be buried. February 3, 2017. Nebaj, Santa Cruz del QuichÃ©, Guatemala. 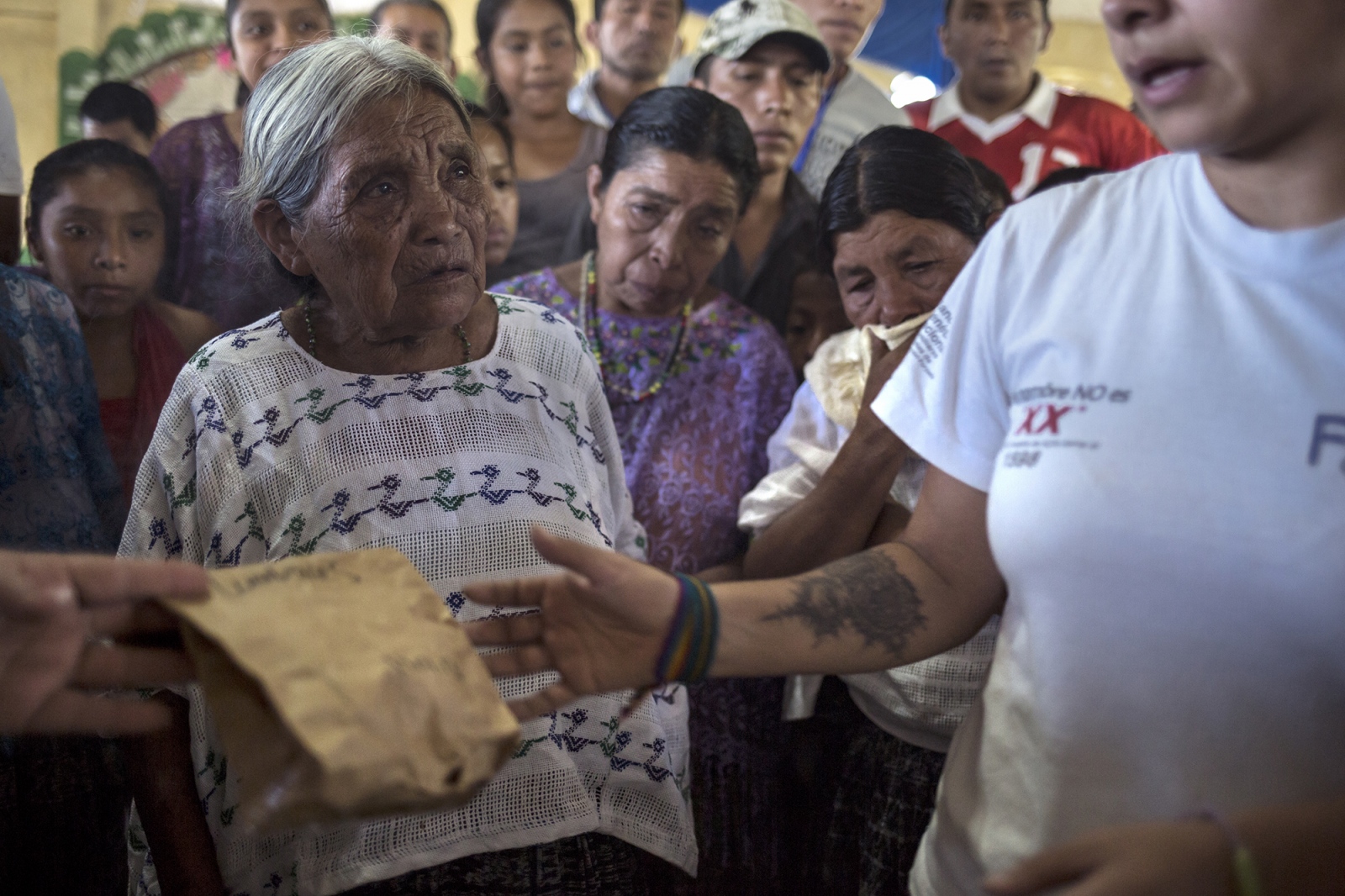 Seeing your loved one after many years evokes many feelings, and also many questions about the outcome of inquiries about the cause of death. 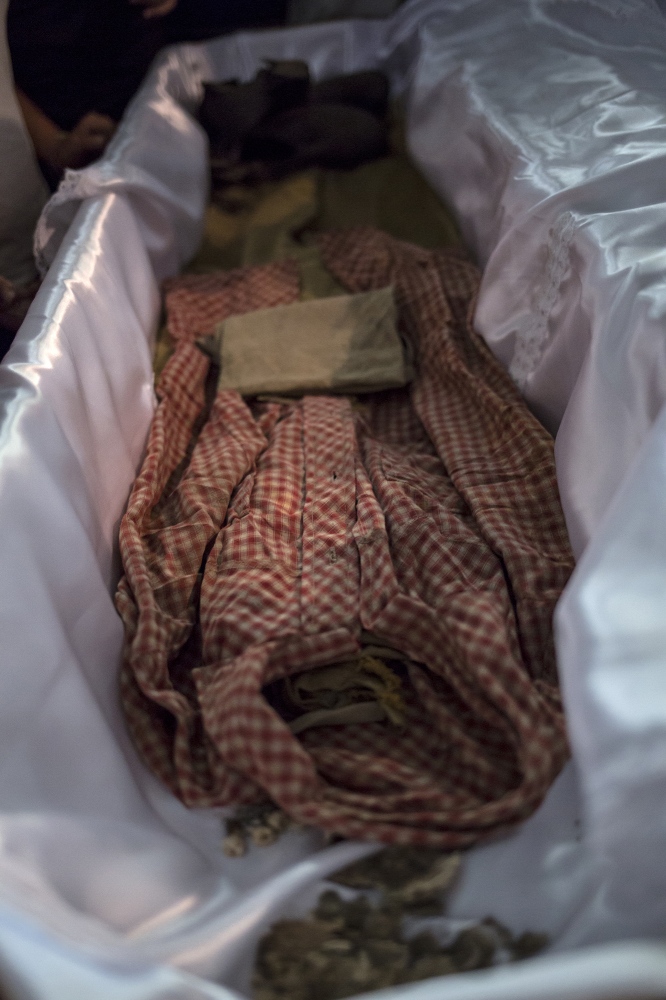 The clothing and objects found with the bones at the moment of the exhumation are placed in the coffin. It includes the dirt that has enveloped them for years. The skeleton, or the remains of it, are placed on top of that. In addition, relatives bring new clothes to dress their loved one and objects they want to take to the grave. 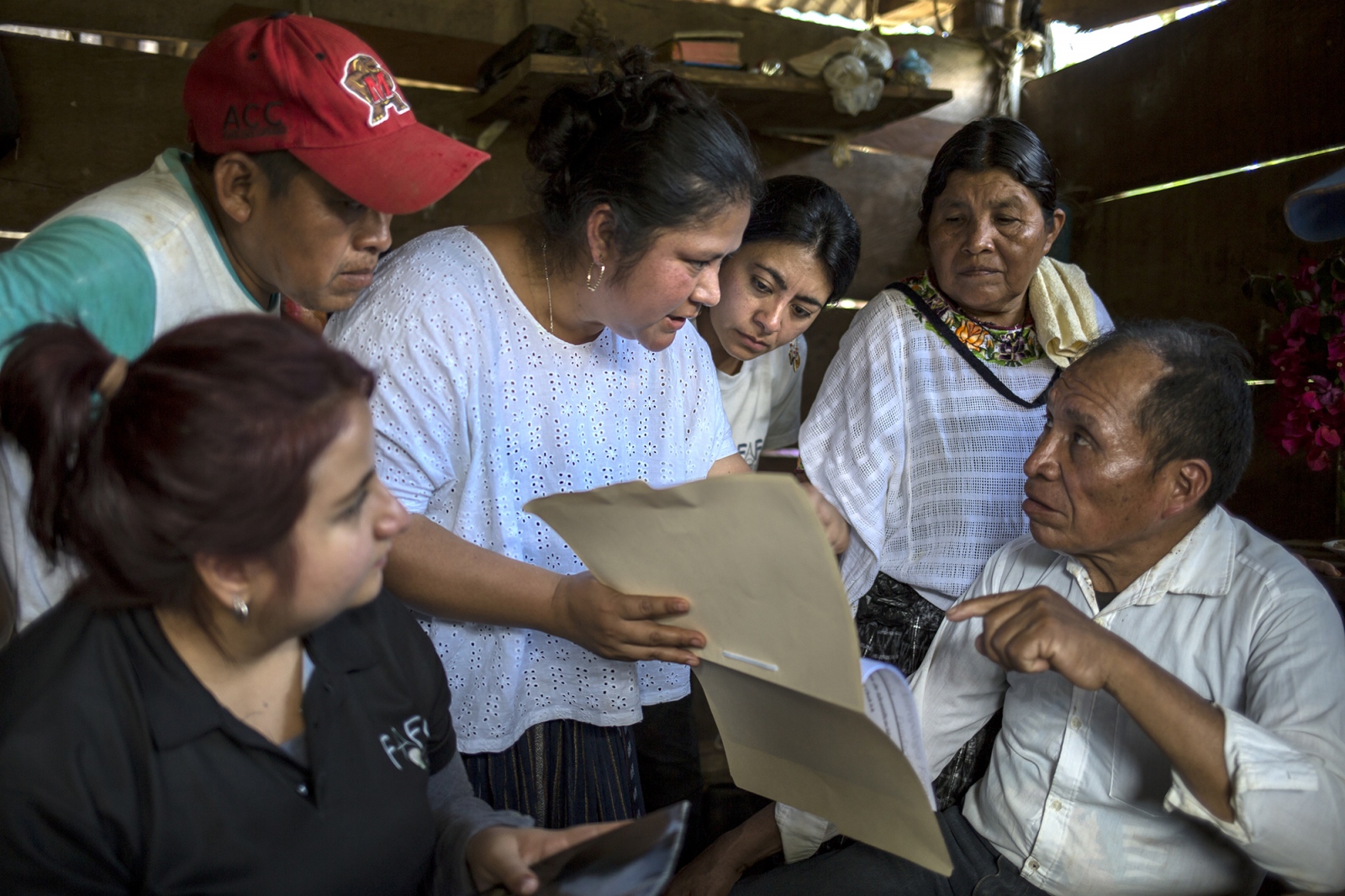 At the burial the forensic report is delivered and the contents are explained to the relatives. 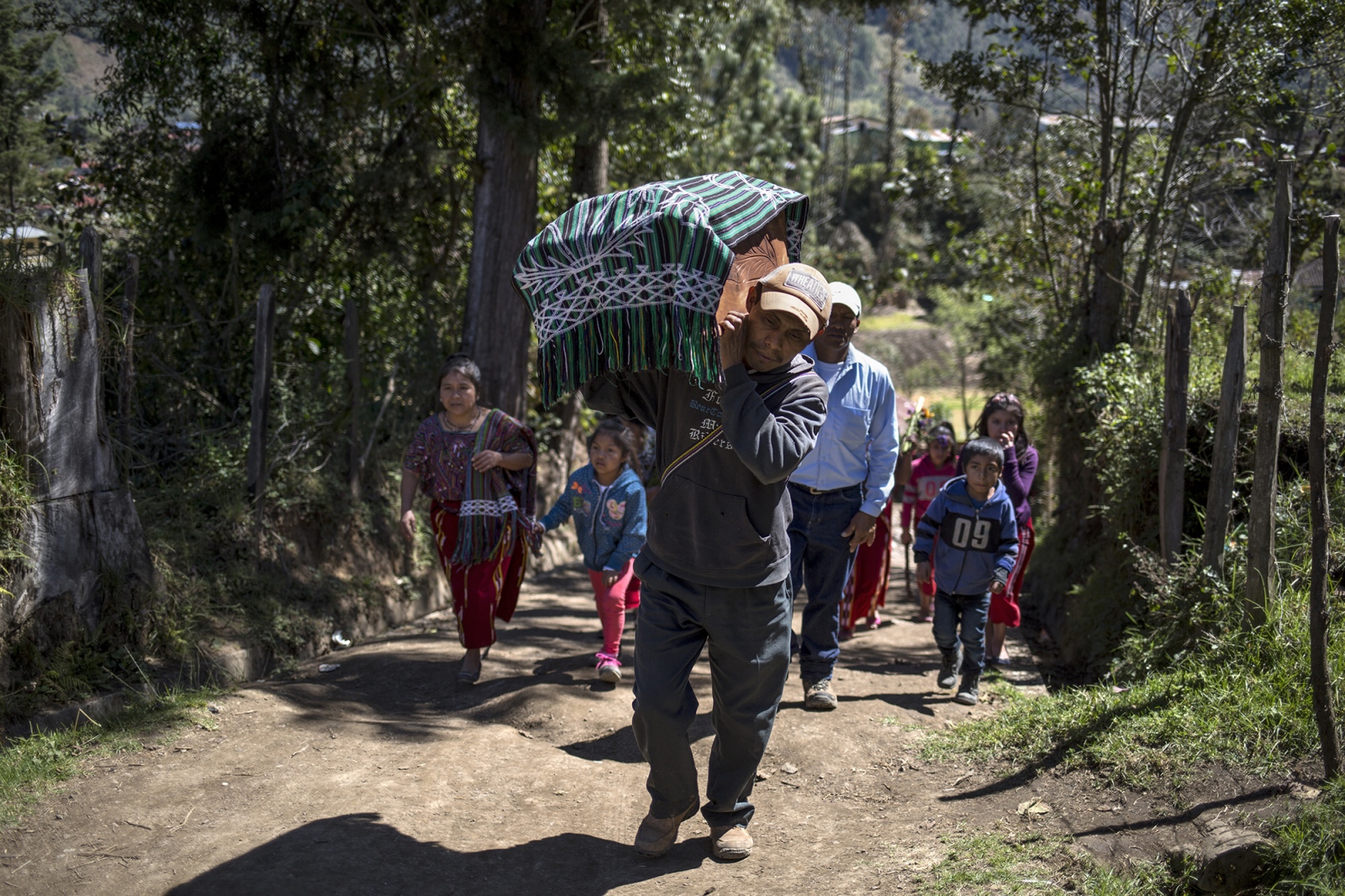 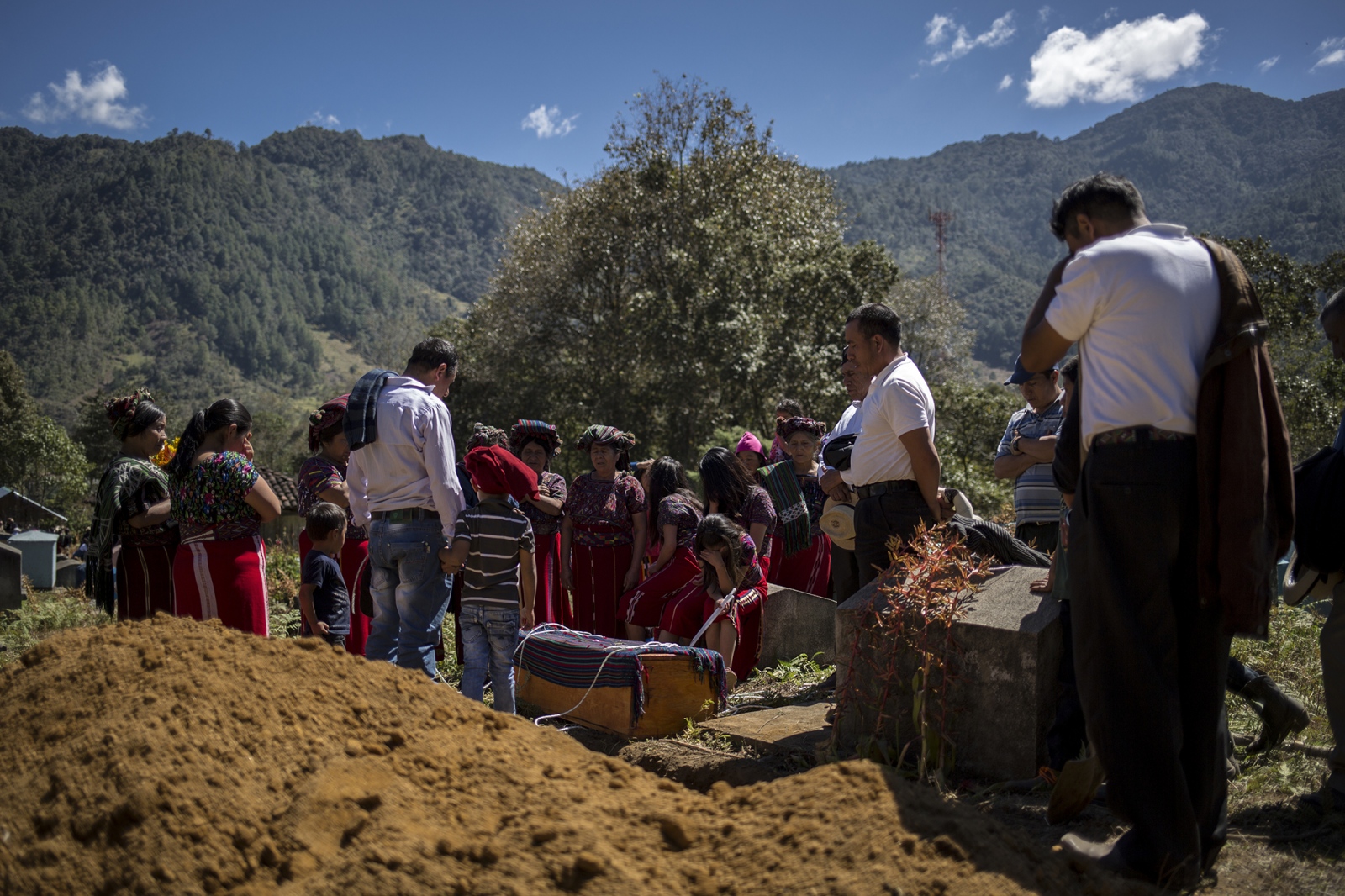 After many years of searching and uncertainty, the time has come to give a dignified burial to the disappeared person who has finally been found and identified. 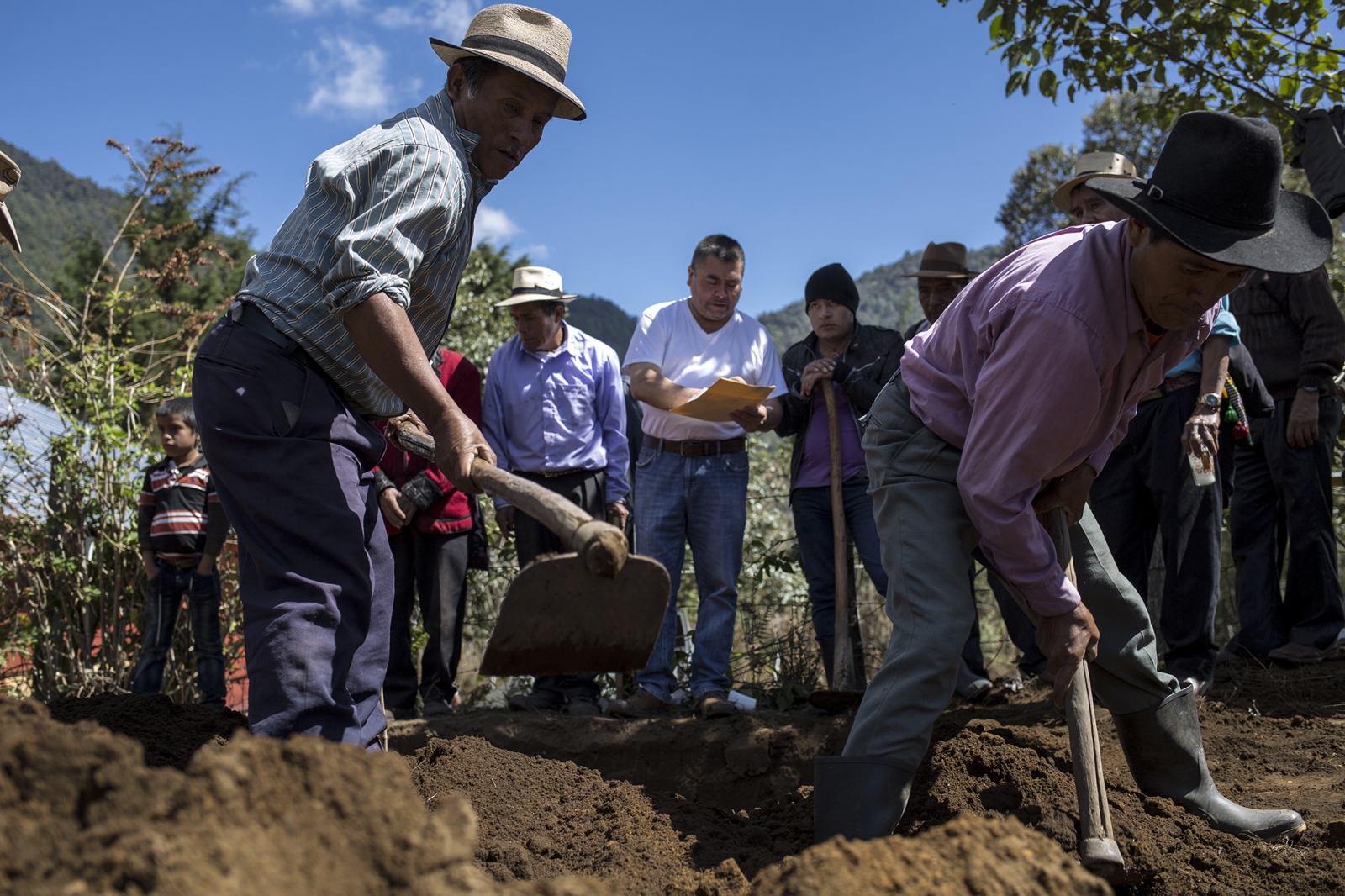 While some men of the community cover the coffins with soil, an official of AcÃºl registers which remains are buried where, in case further investigations force them to open the grave again. 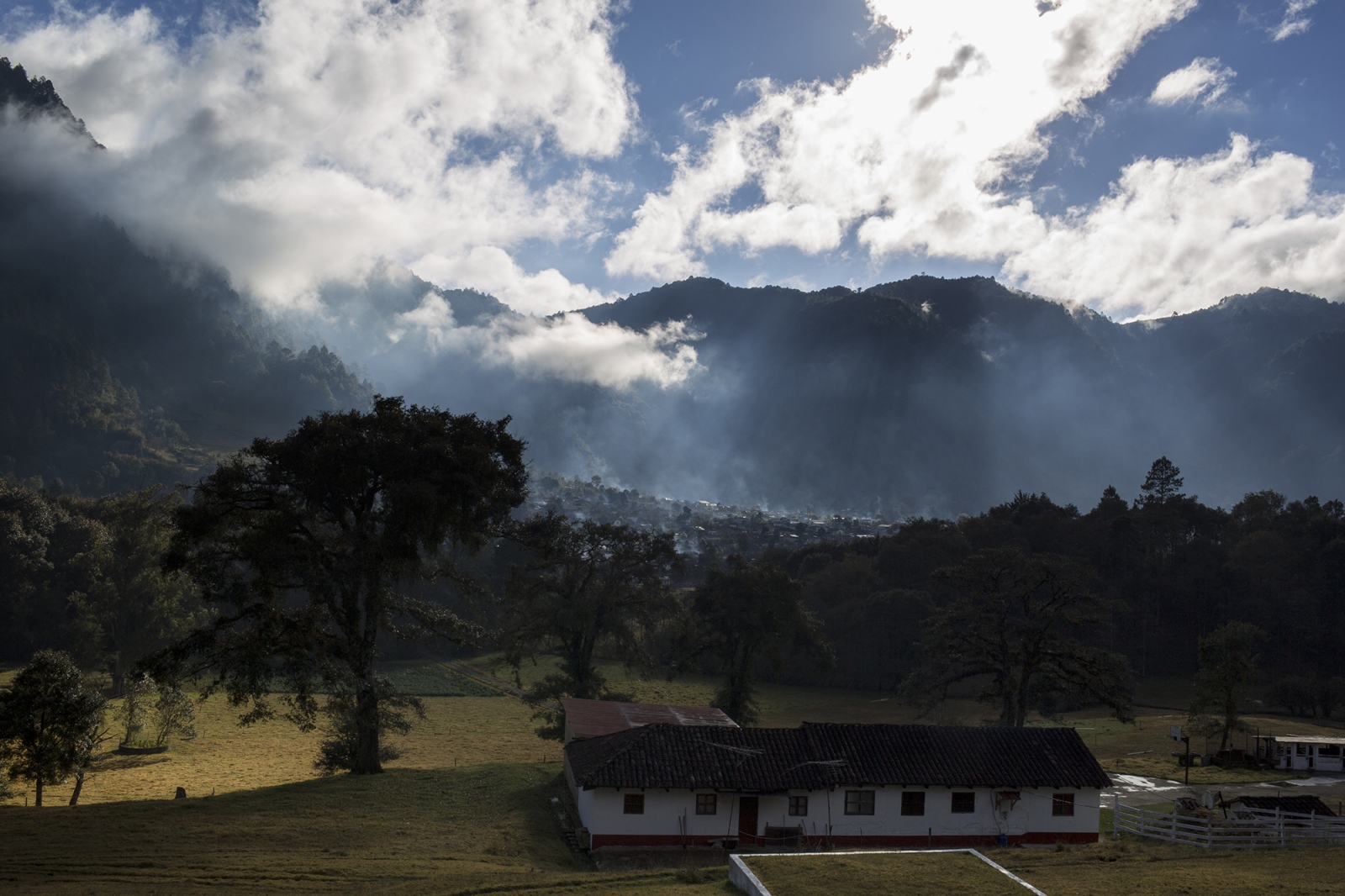 There are still many mass graves to be exhumed in these mountains and many disappeared to be found in Guatemala. FAFG and other NGOs do a very important job to unearth the truth, restore dignity to family members and contribute to peace in the country.